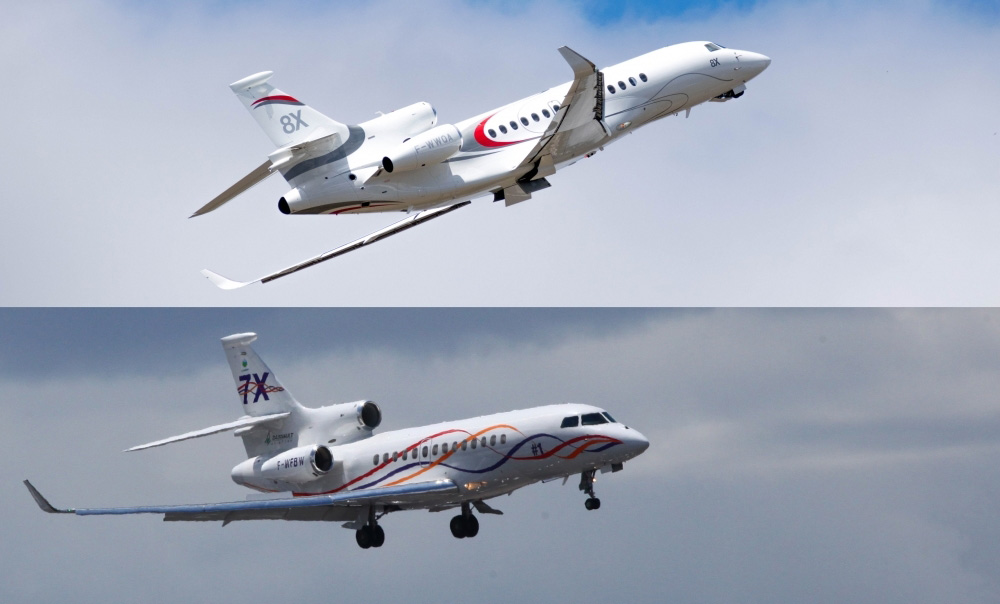 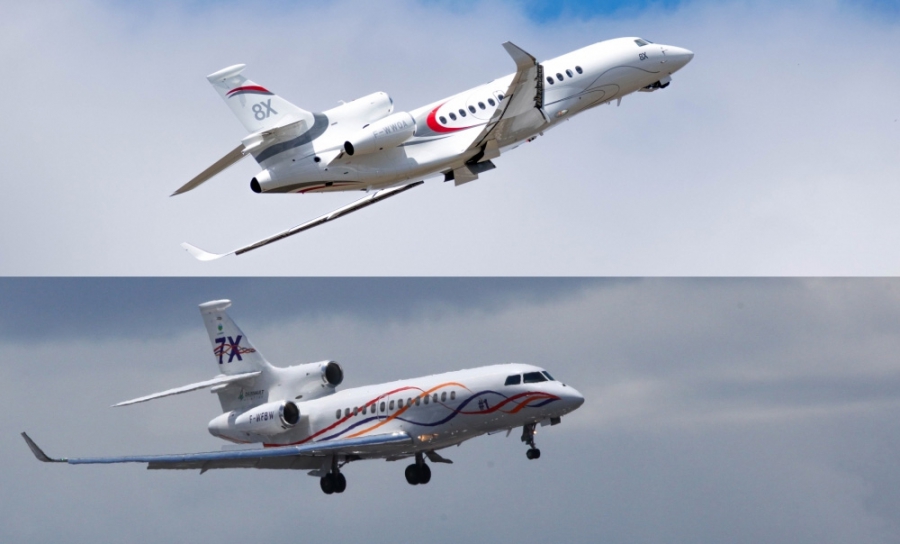 Since the 1970’s, the French manufacturer Dassault offers a wide range of Falcon aircraft to its customers and has quickly become a reference in the business aviation world.

Over the past ten years, the French brand has unveiled 3 aircraft types : the Falcon 7X, the  Falcon 8X, and the Falcon 6X  (recently featured in our on-line Magazine).

The Falcon 7X and the Falcon 8X belong to the Ultra-Long Range Jets category which include aircraft having a minimum range of 8,500 km, a seat capacity greater than 12 and a minimum height of cabin of 1.85m.

The major difference between the two aircraft is the autonomy. The Falcon 7X has a range of 11,000km.the Falcon 8X,  with its additional tank and powerful engines, offers a range of 11,945 km - 8.6% higher than that of the 7X.

The Falcon 8X is a more powerful version of the 7X, which can directly link Paris to Buenos Aires while the 7X can connect without fuel stop Paris and Rio de Janeiro.
Photo Credit : Fingerhut/Shutterstock.com -  RoxTravels / Shutterstock.com