Charter a Private Jet to Miami

Charter a Private Jet to Miami 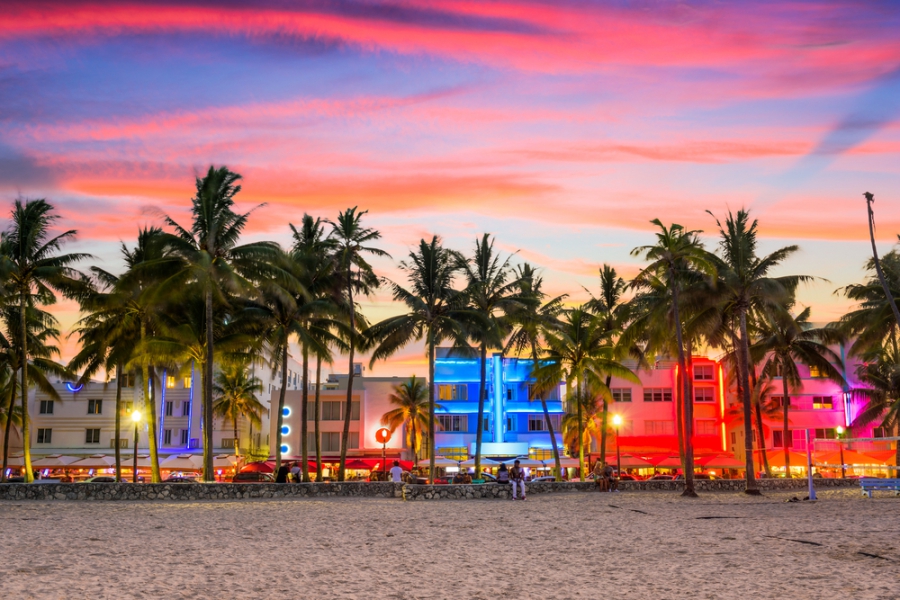 The United States have never stopped fascinating travelers, cities such as New York, Los Angeles, San Francisco or Miami are the perfect reflection of the diversity deeply anchored in the country.

Miami, Florida's second most populated city, is famous for its climate and its large, fine-sand beaches running along the Miami Beach Art deco district. Due to its localization, near the Caribbean’s and Latin America, Miami is a true example of a cosmopolitan city where the Spanish language has become the second spoken language.

Miami has a tropical climate, with mild temperatures in winter and hot summers. The city is surrounded by two national parks; the Everglades to the west and Biscayne to the East. Together, these parks make up more than 6,700 sqkm of preserved area protecting the local fauna and flora.  To the south, the Keys and the famous road US 1 invites visitors on a breathtaking drive to the southern tip of the USA.

The economy of Miami is mainly based on leisure and tourism. Miami Beach, the Art Deco district, is home to numerous hotels, restaurants and shops, while Art connoisseurs can enjoy a walk through the Wynwood district,  to discover its art galeries and museums.

Miami also hosts several events throughout the year such as Ultra Music festival (March), The Miami Fashion Week (May) and Art Basel (December).

Where to sleep in Miami?

Where to eat in Miami?