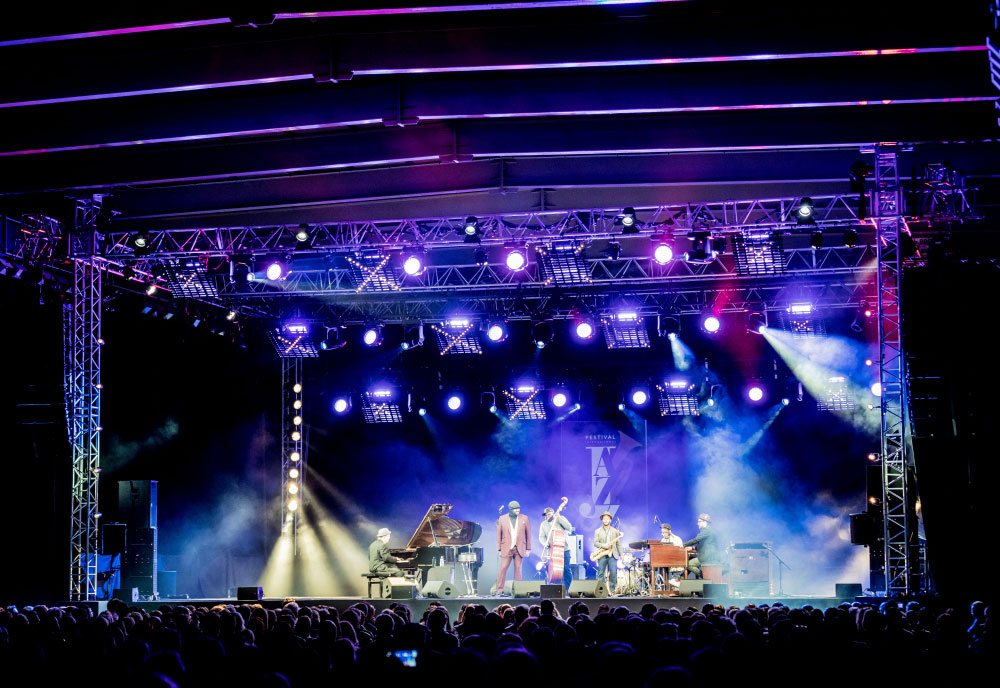 This year the Megève Jazz festival welcomes its 4th edition from March 28th to March 30th.Since 2016, the festival brings together music fans thanks to its innovative approach mixing outdoors concerts and performances by headliners.

Thursday evening, Kimberose, will illuminate the Palais with its Soul rhythms. The introduction of the concept “Jamy” will see new talents performing before the star.  On Friday, the American star Dee Dee Bridgewater will share with the public her new album “Memphis…yes, I am ready” and Saturday Mr. Thomas Dutronc and his group "Les Esprits Manouches" will end this much anticipated week-end.

Over the years, Megève has kept up with its cultural and musical traditions and has become a reference in France where many great artists have already performed -  such as Ray Charles, Nina Simone or one of the best Jazz bassists in the world Marcus Miller.

Simultaneously, Megève welcomes the Back to Back free ski invitational, dedicated to freestyle skiing with many live demonstrations by professional skiers, on March 29th and 30th. Additionally, on April 1st and 2nd, the village hosts the challenge of the Michelin starred chefs where the world's greatest chefs compete on ski slopes.

Charter a private jet to Megève :